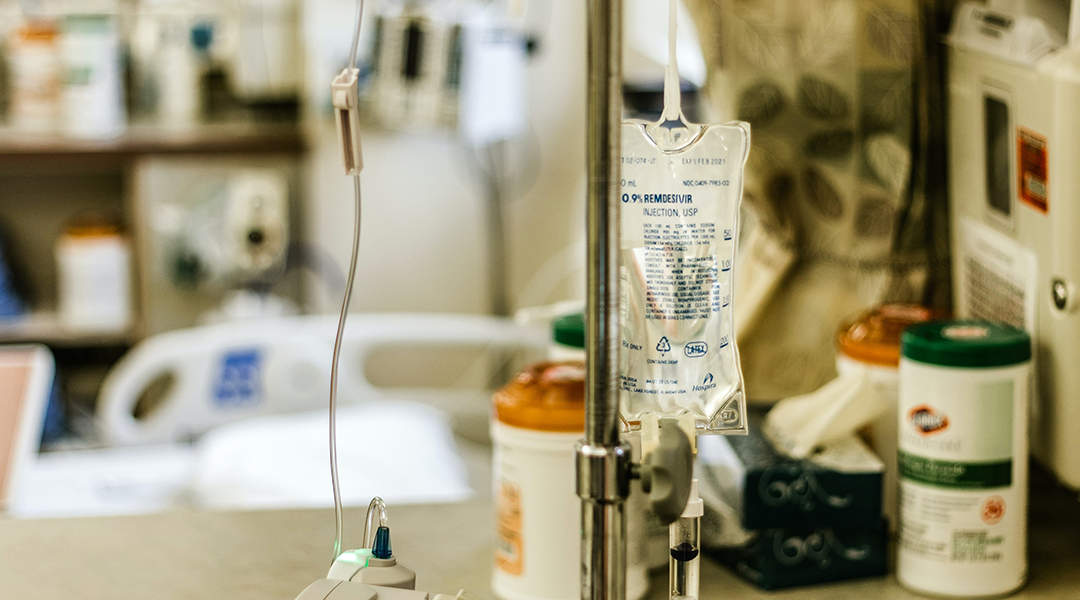 Scientists at the University of Alberta have shown that the drug remdesivir is highly effective in stopping the replication mechanism of the coronavirus that causes COVID-19, according to new research published today in the Journal of Biological Chemistry.

The paper follows closely on research published by the same lab in late February that demonstrated how the drug worked against the Middle East Respiratory Syndrome (MERS) virus, a related coronavirus.

“We were optimistic that we would see the same results against the SARS-CoV-2 virus,” said Matthias Götte, chair of medical microbiology and immunology at U of A.

“We obtained almost identical results as we reported previously with MERS, so we see that remdesivir is a very potent inhibitor for coronavirus polymerases.”

Götte’s new paper demonstrates how remdesivir, developed in 2014 to fight the Ebola epidemic, works in detail. He likens the polymerase to the engine of the virus, responsible for synthesizing the virus’ genome.

“If you target the polymerase, the virus cannot spread, so it’s a very logical target for treatment,” Götte said.

The lab’s work shows how remdesivir tricks the virus by mimicking its building blocks.

“These coronavirus polymerases are sloppy and they get fooled, so the inhibitor gets incorporated many times and the virus can no longer replicate,” Götte explained.

He said the evidence from his group, along with previously published studies in animal and cell culture models, means that remdesivir can be classified as a “direct-acting antiviral” against SARS-CoV-2, a term first used to describe newer classes of antivirals that interfere with specific steps of the hepatitis C virus (HCV) life cycle.

He said the discovery of that direct action reinforces the promise of clinical trials for remdesivir in COVID-19 patients, which are already underway around the world.

While Götte said the evidence justifies clinical trials, he cautioned that the results obtained in the lab cannot be used to predict how the drug will work with people.

“We’ve got to be patient and wait for the results of the randomized clinical trials,” said Götte, whose research was funded by the Canadian Institutes of Health Research, Alberta’s Major Innovation Fund and Gilead Sciences, which manufactures remdesivir.

The Götte lab previously worked on human immunodeficiency virus (HIV) and HCV, but a couple of years ago switched to focus on viruses with the highest epidemic potential. The World Health Organization (WHO) issued its list of the top pathogens likely to cause severe outbreaks, including Ebola, Lassa and coronaviruses, in 2015.

“In that sense we were prepared because my lab specializes in viral polymerases,” said Götte, adding that his next step will be to use his lab’s tools to evaluate other promising antivirals.

He is optimistic that the unprecedented amount of research going on worldwide and the high level of co-operation between researchers will lead to the discovery of one or more effective treatments for COVID-19.

“We are desperate, but we still have to keep the bar high for anything that we put into clinical trials,” he said.

Remdesivir is one of several drugs being fast-tracked into trials by the World Health Organization, comparing potential treatments in hospitalized COVID-19 patients in a dozen countries, including Canada. Götte said we can expect results from important clinical trials as early as April or May.

Götte said it is disappointing that antivirals discovered at the time of the severe acute respiratory syndrome (SARS) outbreak of 2003 — which might have been effective against COVID-19 too — were never translated into widely available treatments, largely because of the huge cost involved in developing new drugs.

“This time around it’s obvious that we have to cross the finish line,” he said.

“Ten billion dollars, it seems a lot, a huge amount,” Götte said. “But in the context of this pandemic and the costs associated with this pandemic, it’s nothing.”